Poachers can be killed, in one hit, by clicking Epic 1.0.

Has anyone done the epic retelling for Druid? If so any info is greatly appreciated!

Here's what the epic retelling success for druid looks like

on 5/5/14: i did every step in the epic request before i made it to jaggenpines (IE i ran around across the place getting those 15 updates)

I get to jaggenpine > Run to the spot across the river from the fake zone in > screen turns red and yellow then fades to gray > I've been assigned "Path of the Unkempt" > first step "talk to Sara Treewind" (i talked to her& get an update) > next step "talk to Nolan Greenwood"... i go and talk to him and i go through his text and i don't get an updates...

PLZ help. what is the update phrase for nolan greenwood.

Edit: got it to work by asking around, the update phrase i got to work on was " Solar and Lunar tribes"

I've done the task twice now.  I can't seem to figure out how to spot the impostor in the council, but they're not too difficult to kill.  One thing I did find out in my second run through, is that if you use the epic click on Jale in the fight that follows, he takes major damage from it.

Also, to get wolf form to hold, the only buff you *should* have to remove is your mask of the Bosquetender (thicketdweller, arboreal, etc).

finished the quest finally and got the ornamentation. Never did get the dolerite  so very confused where that comes in at.  On The Nature Walker(which says it is a shared task ..I did solo)  quest I had to strip all my buffs off before the wolf illusion spell would take hold, got Jale then had another mob spawn before the kodiak bear came and helped me kill it. Both Jale and the other unkempt were yellow to me at level 100. It was a fun set of quests and my Jagged Pine Faction is kindly. Staff of Everliving Brambles Ornamentation  is mine:)

Ok, I summoned Jale, got the seed, went to the river got an emote about needing to do more... yet no task update or no new task. Am puzzled as to what to do next.

I summoned Jale, but when i hailed him he said nothing. I mentioned ursa, still no reply. What do i say to Jale to get the Update for Path of the Unkempt? BTW I am at amiable with him.

Say Ursa Tynar to the hermit

I summoned Jale, but when i hailed him he said nothing. I mentioned ursa, still no reply. What do i say to Jale to get the Update for Path of the Unkempt? BTW I am at amiable with him.

I stood in a straight line towards one plant ("armed" something that are surrounding the tree). Then I cast a stun spell to knock the "flammable rune" over top of each one, some you have to use fire spell to make it bigger, some you have to use ice spell to make the rune smaller. If the rune is in the correct position it will give you a message (like not strong enough or too unruly... something like that). It gives you a yellow message when you destroy one of them. Repeat steps with each plant, it takes some practice but it does work, patience here because sometimes you knock it past the plants, run to the other side and try to knock the rune back over top of the plant.  After you destroy all the plants a whirling wind surrounds the trees/rocks, go back inside the circle and cast a wolf spell on yourself. There is a "Great Wolf" that appears, read text that appears in a separate box. Hail the wolf, until you get a message with some kind of (text) and /say whatever the text cue is. Do this until it says you join the pack of wolves and run with them. They take you to kill poachers as a pack. I cast mire thorns, stun, fire spells on poachers. They hit pretty hard, so I stayed a distance away, and the pack will chase them as the poacher chases you.  Once all the poachers are dead. The wolves run back towards the tree again, but give you the message to invis yourself to not been seen. Then after you are camo sneak close enough to hear the conversation of a Mysterous ward, Jale... (from SK), and 2 unkempt druid/rangers. After their text is finished the 2 unkempts will come after you. They hit hard & shoot arrows with quick damage. Dark blue to my level 70 druid. This is as far as I have made it. Had to run off, heal myself, and camp. Was going to die lol. You have like 6 hours to complete the event. Not sure how much more there is before its over. I never received the dolomite on my curser or inventory to this point.

Update:  I rooted one unkempt while I kited/dotted the other one. After they were dead, found the secret council in the SW corner of the zone.  There is a named bear, 2 snakes, 2 griffons, 2 wolves, a lion & lioness, a bear, and 2 panthers.  Hail the named bear follow text. He tells you to pick and choose who you think is the corruptor. Then tar an animal in the council /say accuse, then it attacks you.  I ended up killing half the council, I picked a griffon and it turned into Jale Phlintoes. He was yellow to me and I had like 20 minutes to finish the event. I used spell Spore Spiral to root/snare him & dotted him.  When I finally had him around 31% or so (also had less than 5 minutes to finish) this ancient bear appeared (looks like the ones in the Great Divide) and it finished killing Jale off.

I'm not sure how high of faction you need but I have completed my Path to the Unkempt quest and now have a timed quest called The Nature Walker that I am trying to complete. Using a stun you have to push the fire rune towards the arms of corruption and then use either a fire or cold spell on the Flammable Rune to make it more intense or subdued to destroy the arms. After doing a few more steps I am up to a part I haven't figured out yet, I need to find the council of the woods

Update: I found the council in the SW part of the zone... Track Beyar Liikedeh

check your quest log..should find one  called the path of the unkempt....its a sub quest of the epic ornamentation  quest..do it and it gets you back on track ..although I still haven't gotten the dolerite and am now working on building Jagged Pine  Forest faction....amiable  with them at the moment..so anyone know how high of faction you need?

I didn't get the "auto pickup" of Dolerite either when doing the An Epic Request. I did go to the spires tho and as I clicked on one of the pillars I got the text "The familiar design of the other ancient druidic monuments is recognizable just by the three pillars standing in this sacred grove". And in Lt. blue text was "As you survey the unfinished monument you get the feeling that there will be a reason to return here when it is complete"

Update: Today I went to the pillars and there are now 5, when I clicked on one of them I received the text "The monument radiates with a faint semblance of power. Adventurers have been hard at work collecting the small bits of stone that make up this great site". The lt. blue text hasn't changed.
I did find out from a ranger friend of mine that he actually got a piece of this dolorite, so maybe because we get the druid side quest from the update for some reason we don't get the dolorite like everyone else? Maybe its a bug, maybe its intentional...

on the next part, 'find and onverse with jale phlintoes' you have to go find the hermit in SK and call him by the ursa name to get Jale to show up.

The clue "find a clue on the whereabouts of Jale Philintoes in WK" on the miniquest, you need to kill an 'unkempt messenger' in WK and loot his note to update this step.

I was having trouble myself. I asked for help and after going through text logs I had not finished with the correct line of text. Follow the "feral Wildlings" line and when it is finished and there aren't anymore prompts say "wards". If you just say "wards" it will not update. You have to say everything in their correct order for the correct update.

Yea, you must get the An Epic Request task first though if you haven't 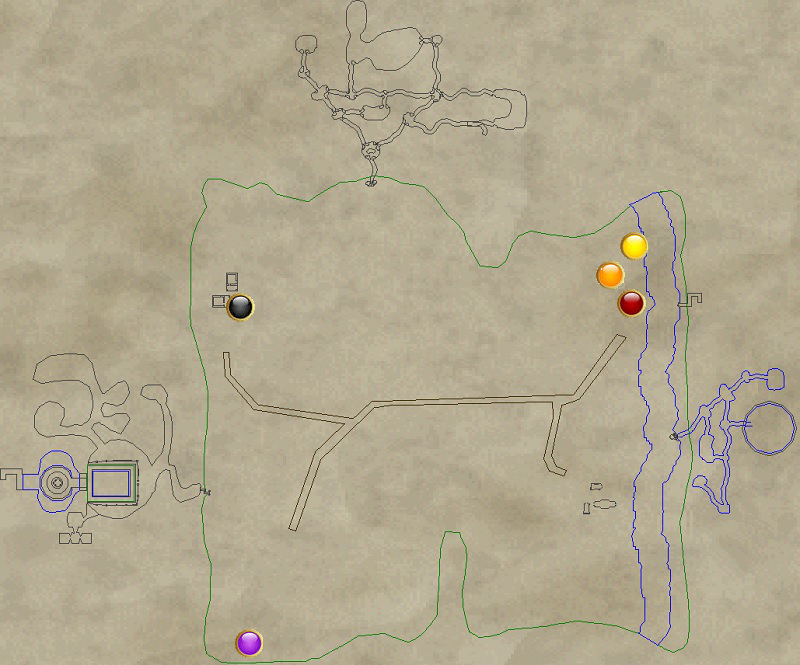 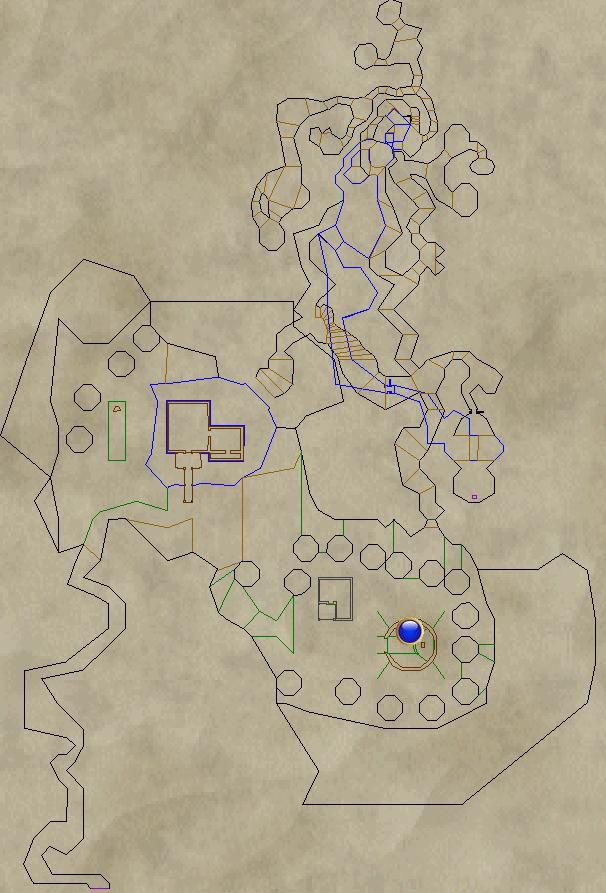 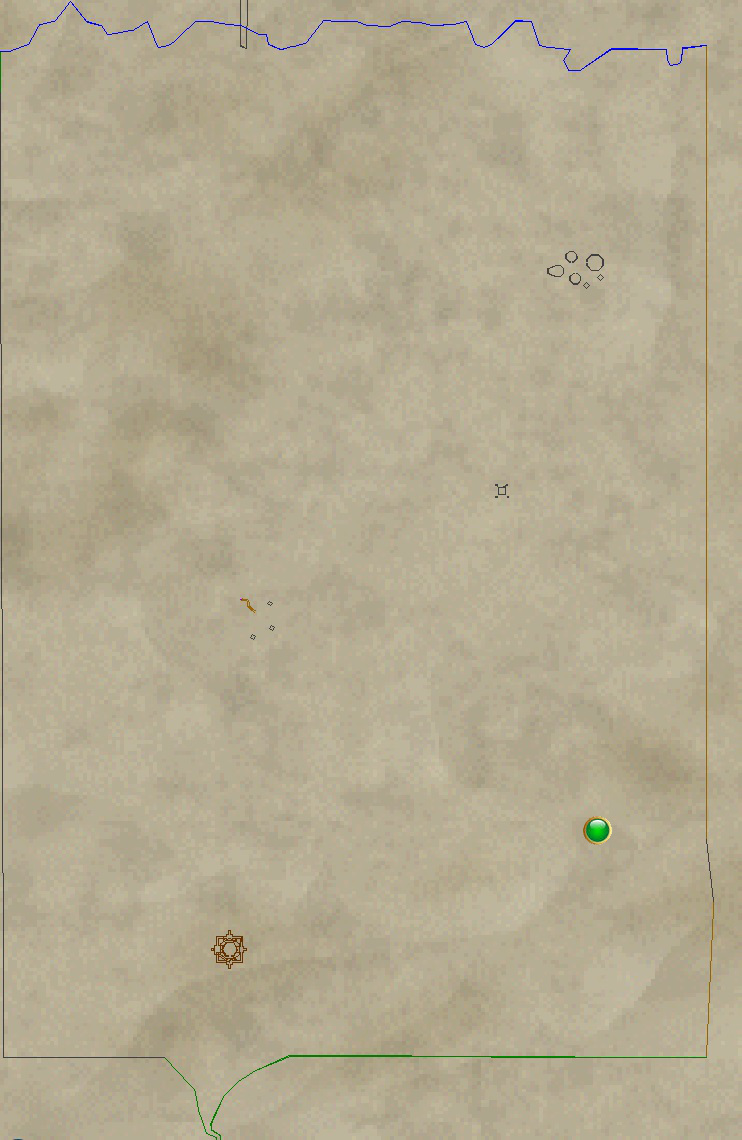